It has become a custom in journalism to study the methods of media coverage during historic events, to try and explain the stages that journalism has gone through in covering war zones and conflict areas.
Starting from Vietnam, when news coverage and the revealing of atrocities committed by the American army had contributed to a large extent in a major shift- in the American public opinion specifically and global public opinion in general- against the war. The media coverage resulted demonstrators taking the streets demanding to stop the war. At that time, the American army allowed journalists to be in the line of fire- embedded along side the soldiers- and attempted to benefit from the media coverage in enhancing the morals of the American. The result was unlike what was planned for.

Few years later, when observing the coverage of the Falkland War, one could easily notice the shift in the army mind-set. Media coverage was almost non-existing during the war between England and Argentina, amid a total black out enforced by the English army on journalists. And going back to that time, we will simply notice the scarcity of field media coverage that might have documented – if allowed- what has happened.

The year 2003, has raised rather more complicated questions of how to cover war zones and conflict areas. During the invasion of Iraq, a new era has emerged, an era of “ live coverage of the wars”… The coverage was of two phases, one conveyed by the coverage of Aljazeera and Abu Dhabi whose field teams were covering what was happening from inside Iraq. The second one can be traced through the embedded journalism or embedded media coverage of CNN and Fox News and others, where journalists were moving along with the coalition forces and covering the stories as the coalition army wanted them to.

Nowadays, we can say that the media is undergoing yet a new phase of change, or rather a transitional period of the profession itself – journalism- and the general perception attributed with the media to be more specific. This period is merely a reflection of the politicians wanting and preparing to limit the effect of media coverage, and thus, controlling what and when would the media be allowed access, in addition to attempting to shape the coverage, and the content itself.

This phase has started earlier then today, in Iraq. After 2003, journalism was no longer exclusive to the ruling party, and the Iraqis were deluded to think that true and free journalism will emerge int he country. These illusions were quickly noticed with the continuous and vicious attacks against journalists starting April, 2003. Tens of journalists – and probably much more than that- were abducted, tortured, and executed by sectarian militias, or terrorist groups, or even the invading forces, especially the Americans- who wanted the world to see them as messengers of democracy .

Back then, journalism in the Arab region was a bit better than it was in Iraq, which was considered along with Somalia and Afghanistan as the most hostile environments towards journalists.

But, the world has never witnessed before an era where journalism is being conceived in an extremely hostile manner especially by the world leaders. And here, we are talking about, all and every media organization and journalist around the globe.

And we can conclude that by observing the attitude of the American president Donald Trump – since his first day in the oval office- waging war against journalists and journalism . Trump went as far as banning some journalists from covering the white house, in what is considered to be an unprecedented method in dealing with the media. The situation in Russia, China and Africa has no different, and probably even worst.

And amid all that, journalists have fallen under attack, and is now in eminent danger .

And, although media organizations are far from operating flawlessly, but the pressure of the profession has gone far beyond silencing free journalism.

The real target of attributing negative notion to real journalism all over the world, falls under an extremely dangerous fact.

What is wanted world wide by politicians is to remove all roots of true journalism that has been established in the last four decades mainly, and replacing it by official mouth-pieces of regimes where propaganda would replace journalism 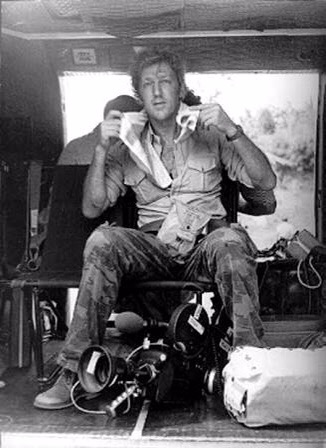 Behind The Camera ..
Discover

A daily selection of the best content published on WordPress, collected for you by humans who love to read.

The best longform stories on the web

The Art and Craft of Blogging

The latest news on WordPress.com and the WordPress community.